La Mama Courthouse Theatre was where the classroom for the VCE Drama students, viewing a performance of ‘Mother Courage and Her Children’. Written by Bertolt Brecht, a very well known German playwright whom has influenced Drama, in particular the study of his Epic Theatre performance style! A strong actor-audience relationship, the actors interacted with the students during the show making them feel like performers too! 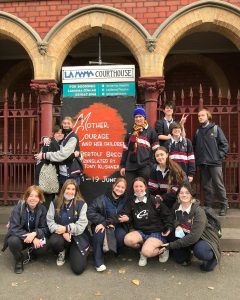 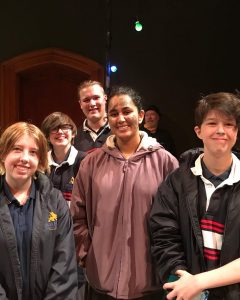